Note 1: this is a review of just the case, not the entire phone. That review can be found here.

Note 2: I am in no way affiliated with the YouTube video found in shots taken, “The US President’s $2,614 Per Minute Transport System” by Wendover Productions, it’s just what I happened to have pulled up on the app at the time. Good watch though.

The case itself has one neat accessory right off the bat: a magnetic charging adapter, that can fit on any USB-C cable, and connects to the bottom, well, magnetically, meaning no stress on connectors with plugging and unplugging. 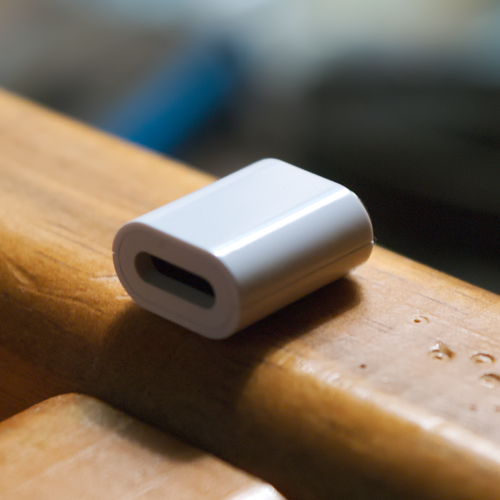 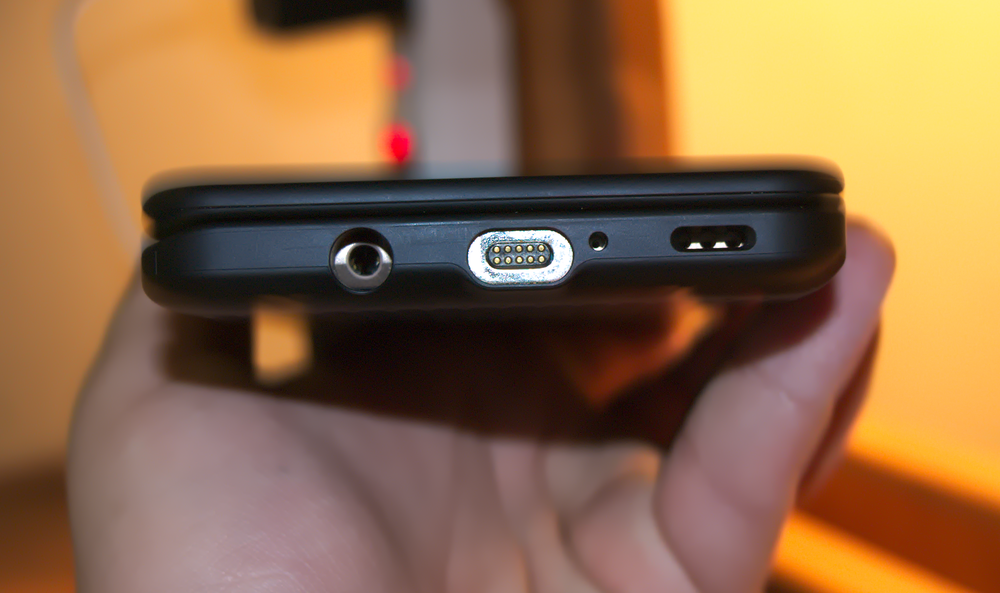 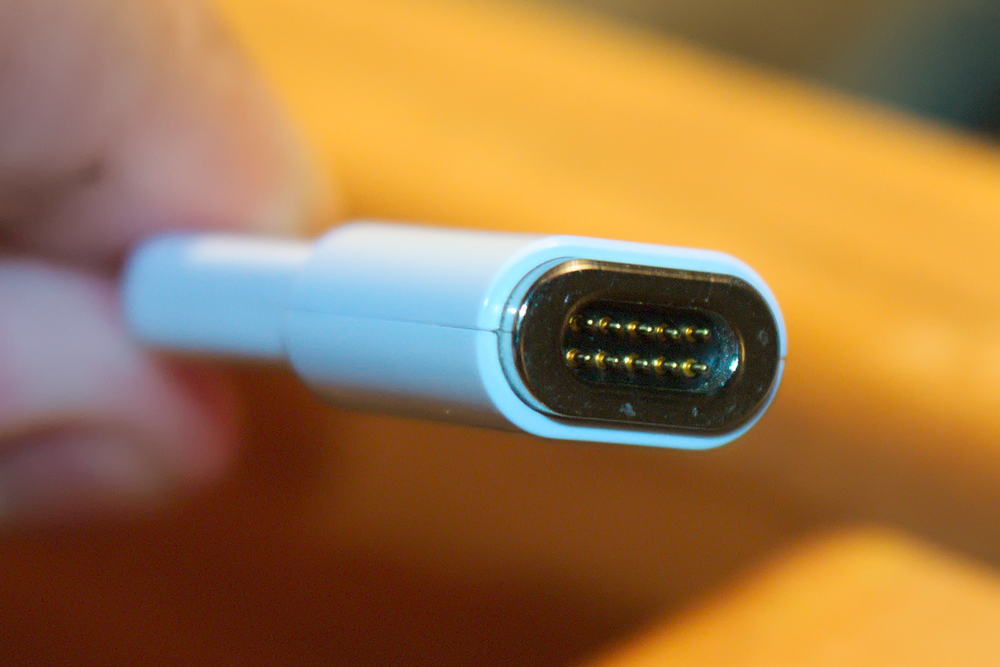 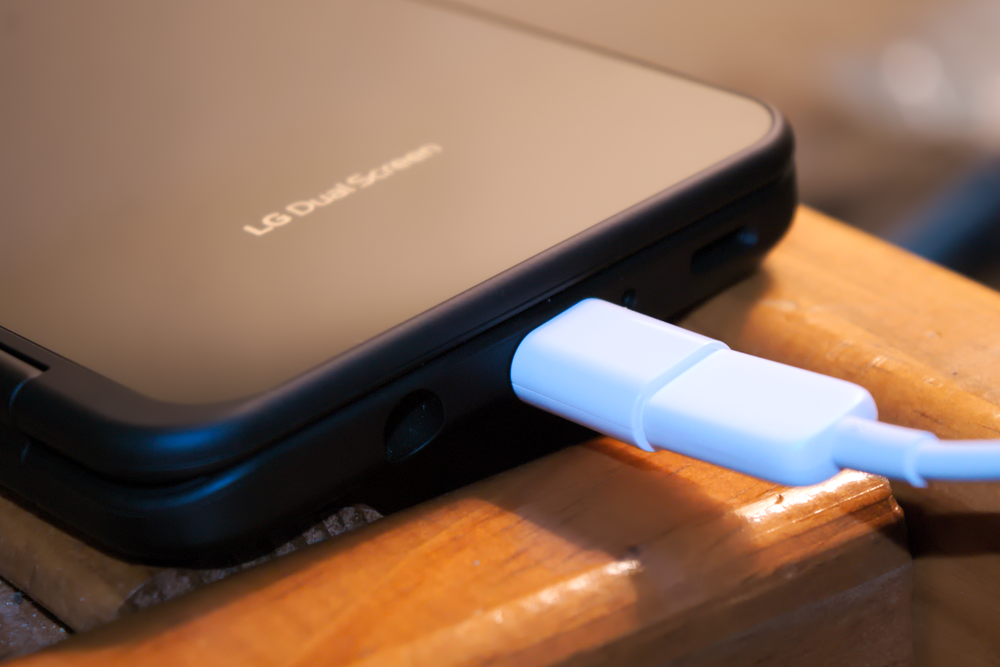 It also has enough pins on it to allow for actual data transfer, which is a bonus.

The case itself is pretty much all hard plastic, with a slightly rubberized feel to it.

The cover (screen) is connected via a 180° hinge, so it can be folded back behind the phone if desired. 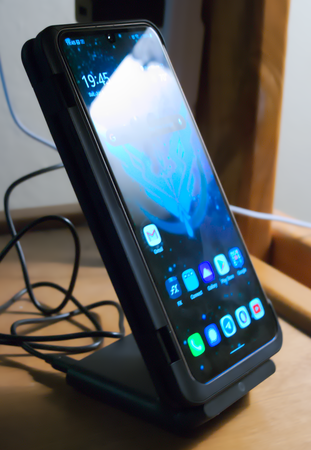 Both the folded back and covered positions have a magnet to keep them locked in place. The case has holes for the headphone jack, speakers, and microphones, and there is no actual case material on the right side, meaning the entire right flank of the phone is exposed. 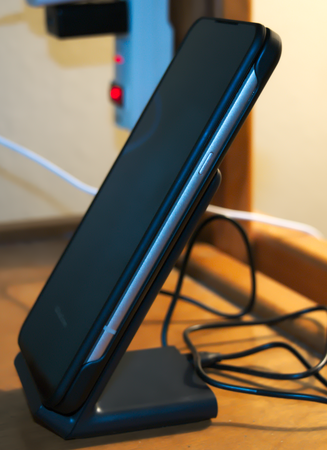 The hinge turns smoothly with no sticking or scraping, and is solid enough to hold it’s position, and even prop the phone up at an angle, though I don’t know if that’s actually a good idea, probably not. 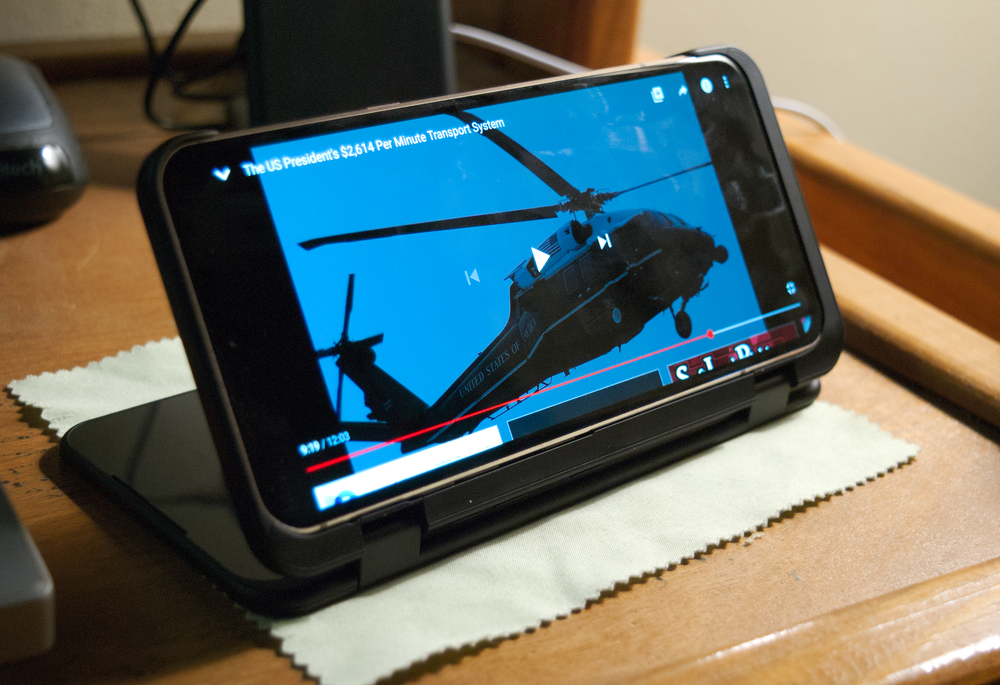 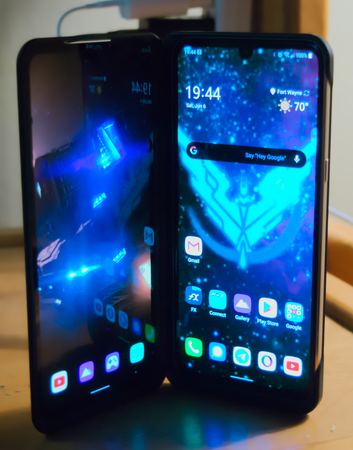 In terms of thickness, it doesn’t add much to the phone’s width, and a tiny bit to the height, though depth is obviously the most affected with an entire screen being added to the thing.

The back of the case also protrudes past the camera bump a little, though most other glass surfaces (screens and front) are relatively flush. There is enough space to add glass screen protectors to both screens, or so I’ve been told, I am unable to verify this. 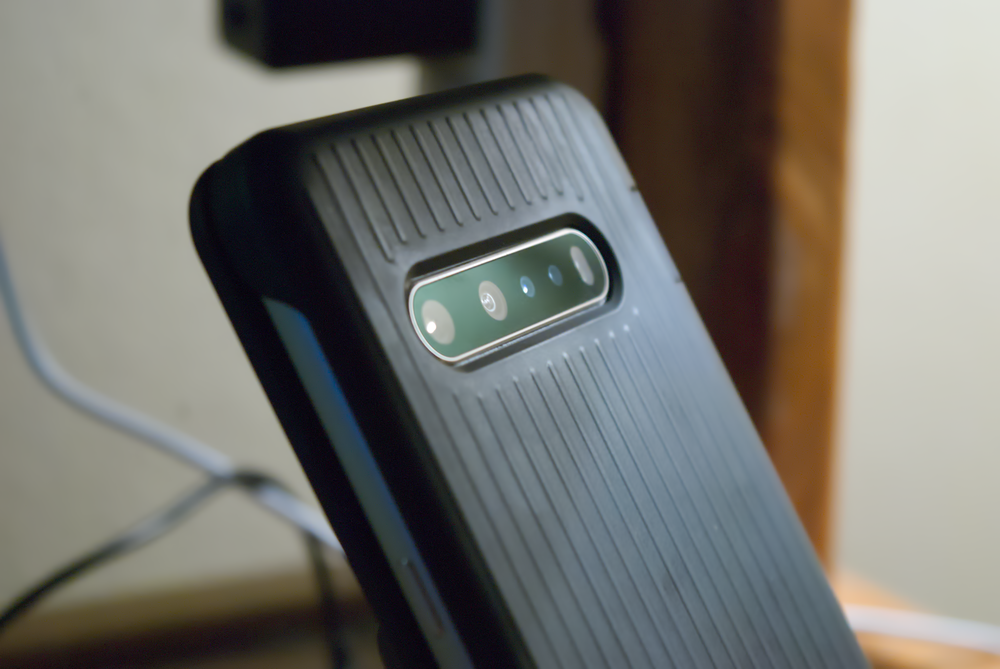 It does occupy the phone’s USB-C port, for screen and button communication, though the aforementioned adapter lets you still use all the features without needing to remove the case, an operation that feels like it’s not meant to be daily, though the case doesn’t have the sort of “I’m supposed to be here forever” feel that a full Otterbox Defender does.

The three buttons (volume up, down, and Google Assistant) have a satisfying click, and are not just pass-throughs to the phone buttons. Also, they aren’t aligned with the phone’s buttons, the “volume up” on the case is at about the midpoint between up and down on the phone itself. There is no power button since that side of the phone is exposed.

On the front there is a small rectangular, black and white, low-resolution panel, useful pretty much for showing the time, date, battery status, and notification icons, or a bigger icon if one just came in.

Looking at it at normal phone-using distance, you will see the pixels. When charging, the intricacy of the symbols mean that you’ll see the pixels. Otherwise, it’s just a tiny little screen so you can see the time. 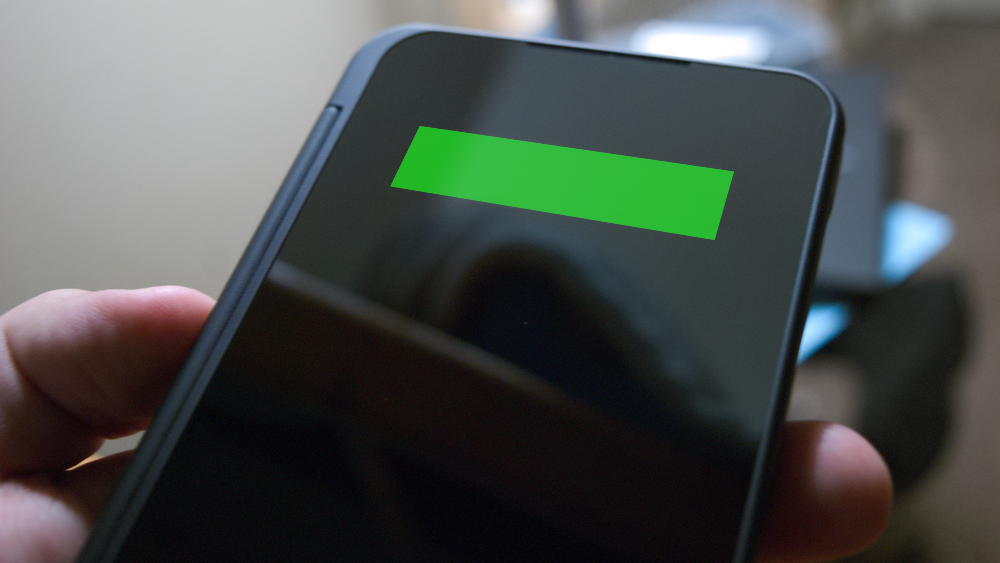 The actual screen itself appears to be a replica of the main phone’s, even including the notch. Yes, it is also touchscreen. 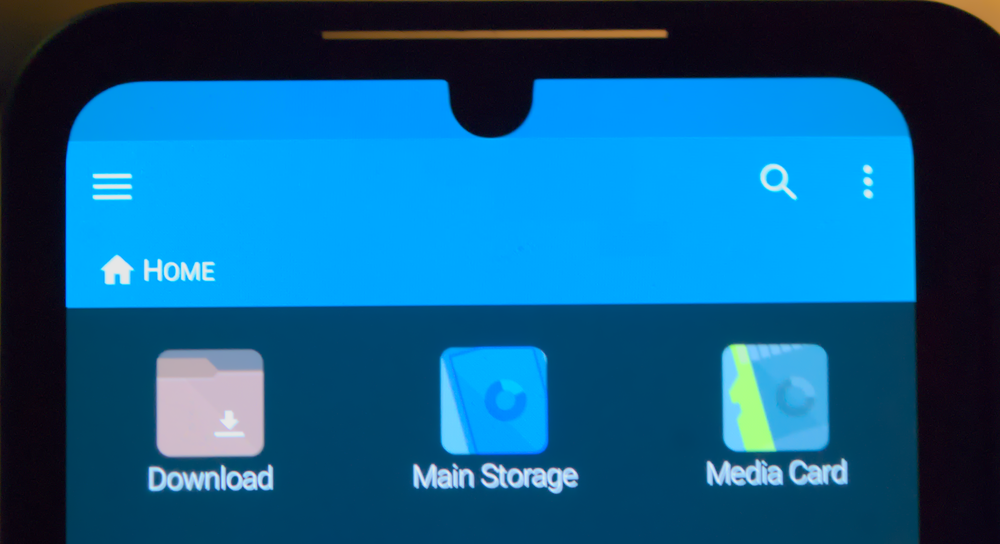 By swiping with three fingers, you can send the current app to the screen you just swiped towards. Note that doing so still triggers touches inside the app.

Both screens can be used fully independently, and through use of the control widget (more on that later), some special features can be performed. 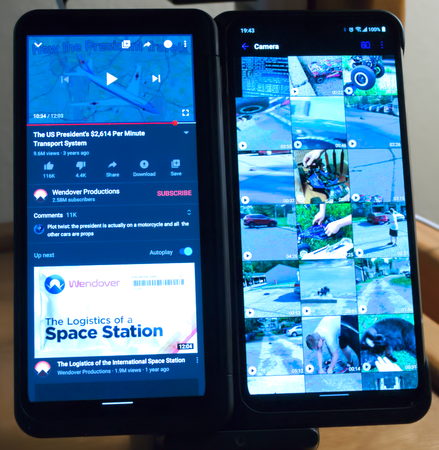 By default, the second screen’s brightness is synced with the first, though this can be changed. The second screen does not always need to remain active, and can be turned off when not desired. As one would expect, having it on will drain your battery faster for having to power a second screen.

There are no speakers, sound comes from the main phone. If two apps are producing sound, you’ll hear both at once.

The case does not block wireless charging as long as the screen isn’t folded all the way back, then the distance is too far for the charger’s I’ve tried. They detect that there’s an object but it’s not correctly interacting with the field and unable to communicate.

Once your phone is slid in, a little tab with a power icon will appear on the edge of the screen, this can be repositioned or hidden entirely by dragging. If hidden, the notification that is generated can be used to show it again. When tapped, you’re given the option to turn the second screen on, referred to as the “Dual Screen” from this point on.

Look at the right side of the screen, just above the black Google bar:

When the Dual Screen is on, it adds more options, like turning it back off, swapping the contents of both screens, and sending the contents of one screen to the other. You also have the option to put the main screen to sleep, dramatically lowering it’s brightness after a few seconds.

Certain apps support Wide View, where they can display across both screens. Because the large hinge between them, in my opinion, this isn’t nearly as effective and cool as it sounds, though I’d imagine an app that’s specifically built to use that feature could do some things, since it’s aware of what’s happening. 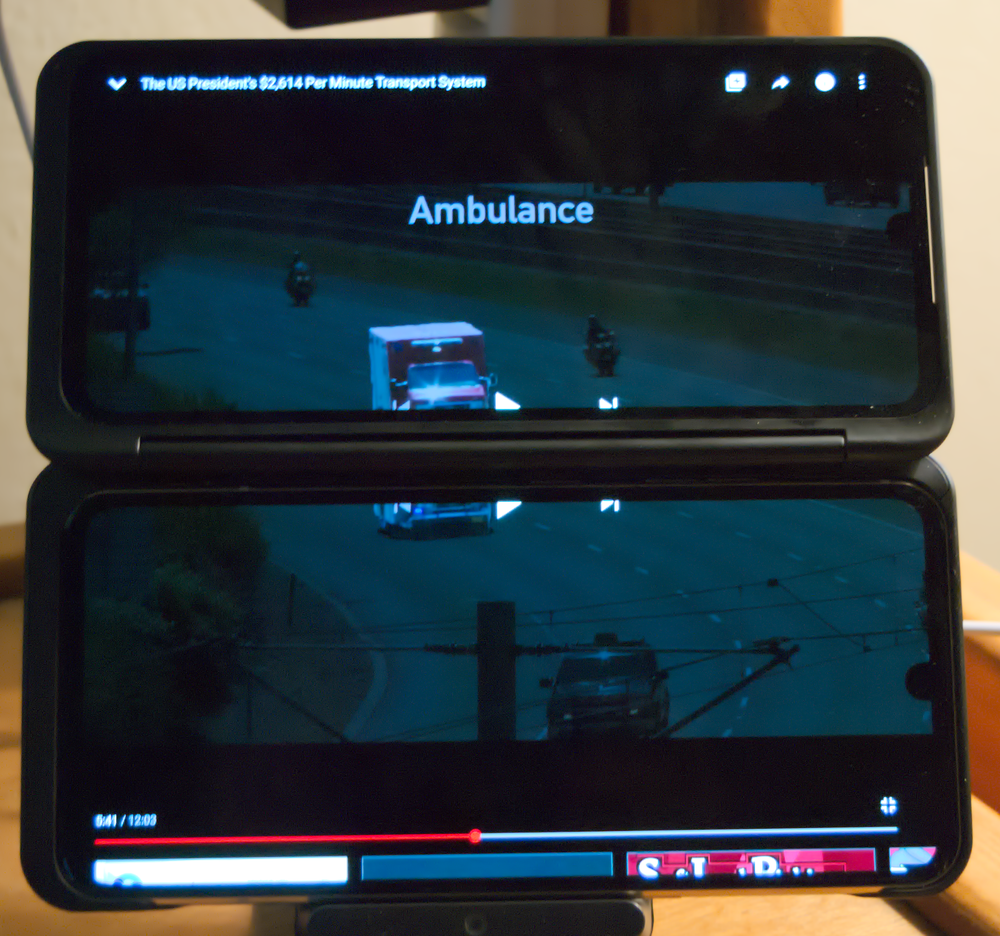 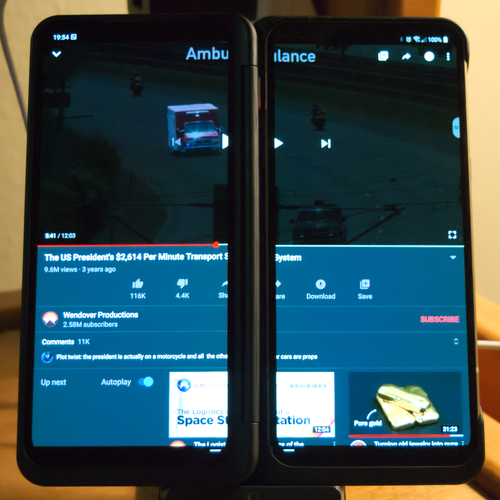 The Dual Screen turns off once it detects that it’s folded back, meaning you won’t be showing whatever you had up there to the world around you if you just wanted to hold your phone one-handed for a second.

The entire, well, design of the case really nullifies the Always-On display, since the small front-panel has that same information, and the fact that it send power on / sleep commands when the cover is opened / closed means that the double-tap feature is also, for the most part, null and void with the case on.

In general, yes, it will slightly increase the time taken to unlock and use your phone since you now have to fold a screen out of the way before using it.

It’s, well, it’s a gimmick, and I received mine from a friend for what I’d consider a fair price, otherwise I’d have sent this thing right into the bin of stuff that I have but never use. It’s fun, sure, it’s something that is interesting enough to try. Yes, I have already found cases where it was a lot easier to just fling an app across the fold than it was to keep swapping back and forth, but in the end, it’s a gimmick.

Now, that’s just my opinions on the thing. You may find it super useful, you may find it not worth it, it really depends on how you actually use your phone. In my (dual screen) case, I’m not returning the Otterbox I have for it, there may be times when I’d prefer to not have two giant fragile pieces of glass in my pocket.