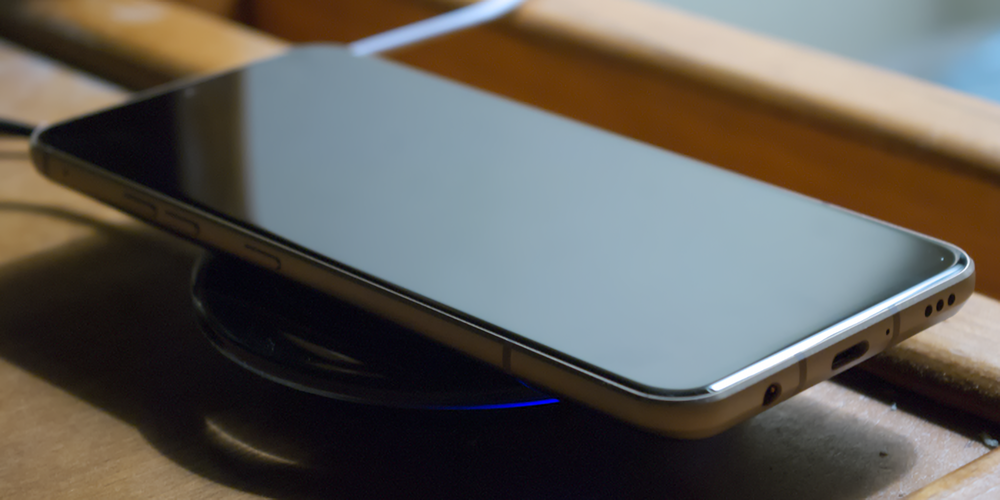 So I’ve had this phone for a little bit now and… okay as expensive as it is, I’m in love with this thing. I don’t see why I should keep you waiting, let’s just get started.

I’m not going to list all the alphabet soup here, but let’s just say it supports some pretty fast modes, and, well, 5G.

I love it. Android 10 is fast and responsive and has yet to completely just crash on me, and the ability to use gesture controls is actually kinda cool once you get used to it. The phone is a little big and the prox. sensor doesn’t have a super long range, make very sure the top of the phone is against your ear, or it’ll register your cheek as trying to press just about every button on the screen that it ca find. Being LG, it has some potential for bad patches, plus it’s still a very recent phone. Also being LG, this thing will heat up, especially when using the camera. After shooting maybe 30 minutes straight of 4k60 HDR video, the thing was hot enough to fry an egg on, and hot enough that it refused to charge until it cooled down.

It gets really hot when recording, but I can kinda understand that. Note that despite there being a 4k 60 fps option for video, it will only actually capture at 60 if you’re shooting in HDR mode in the settings. HDR requires HEVC. So while possible, it will take some work if you plan on sharing clips and don’t want them to look either unbearably bright, or completely washed out, depending on how the video is interpreted. Also files that heavy will bring slower editing workstations to a crawl, my computer with Adobe Premiere CC 2017 absolutely needs a proxy workflow to play the video at more than one frame every few seconds.

Stills can be taken in a few formats, 4:3, 4:3 64 MP, 1:1, 16:9, and “full” which pretty much uses the entire display region as the camera. HEIC available too, if you want Apple compatibility, not many devices understand HEIC without conversion though. Unlike video, photo HDR is pretty much just a little more processing time (it seems, if I know how it does it), and isn’t the same mess of incompatibility.

Also neat is Portrait mode, which allows you to do things like blur the background, add different lighting effects, or even capture a 3D photo. You heard right.

Remember that kinda crappy 3rd camera? That has a TOF sensor, or Time Of Flight. This can literally measure the time it takes for a photon to leave the sensor and then bounce back, therefore telling you the distance to said object, or in this case, you get a distance number for every pixel on the sensor. Essentially the phone doesn’t just have your standard RGB components to a photo, it has RGBZ to play with if it wants, though there’s far less detail in the Z (depth) component.

With this, it can attempt to solve how to bend and warp the picture, meaning that when you go to view it, moving the phone seems to move around the picture that was taken, in a surprisingly convincing effect:

If you cannot tell, I do not take myself seriously in the slightest. Now part of why it probably got that wrong might be TOF resolution, or the fact that I was doing that in front of a mirror, but the rest of it really showcases the effect perfectly. And that’s just a still photo with enough light and a good subject in the center, though room shots work too.

There’s some other fun things in it too, like slow-motion video, a few tricks and things, and a really smart automatic time-lapse function (when recording in “auto” rate in time-lapse mode, it’ll dynamically speed up and slow down parts).

Auto brightness, and turning off GPS and Bluetooth when I don’t need it, my record is 28 hours from full to 20%. I’ve seen better, though what apps you run and how you use the phone can, naturally, vary this wildly.

Either way, the battery on this thing is very good, even with the extra usage that I bet the device itself takes.

It’s actually not that hard, the row of buttons (which is customizable now) is replaced by a little thin line. Swipe up to home, swipe up and home to show all running apps, swipe from left to right to switch apps, and… back is… ew.

To invoke the same function as the ubiquitous Android back button, you swipe inward from anywhere on either edge of the screen. What?!

It’s actually, again, not that bad, though explaining it, it does sound a little absurd. But I can perform just about every action, with one finger, with no awkward extending my digit(s) across the entire length of the device. Plus the added screen space, and the fact that all these gestures can just be combined into other movements that you’re doing, I like it. I like it a lot.

Yeah you see that weird button on the side, beneath the volume keys? That’s for the Google Assistant. Why? No seriously, why? This makes three separate ways to access Google Assistant:

Dark mode. Guys… guys we have a native dark mode! Go to settings, display, and it’s under “night mode”. And because OLED screens, it’s actually saving power and display life.

Also, Android now has an equivalent of the Macintosh Screen Time, here called.. ahem, Digital Wellbeing, which is close to the bottom of the settings menu. When you first open it, you get a chart of the relative amount of app usage you’ve had this entire day, and how long you’ve been on your phone, the number of unlocks, and notifications.

You can set timers to remind yourself to take a break from certain apps, and set “Focus mode” where selected apps can be disabled to prevent distractions, in theory. This is also the same location where you can set up parental controls, for any reason that you’d like. Say, you’re a parent and this is your child’s phone, perhaps? In my opinion if a child is old enough to be trusted with a $900 device themselves, they can be trusted to police themselves, but that is just my opinion.

So here’s a weird one… there’s two “night” modes, bedtime, and comfort view. Bedtime is a B/W filter, completely greyscaling the display, and turns on Do Not Disturb, you can schedule this.

The second is Comfort View, which is your traditional blue light filter, which can be set to happen automatically from sunset to sunrise.

But… why do we need two things to do pretty much the same thing? Unless “bedtime” mode is meant do not disturb the cone (color) cells in your eyes, in which case that’s pretty cool, but I don’t know how well it actually works.

Even better, the phone charges…. other devices. Yes you heard right. The cable out of the box is a USB-C to USB-C, so you can indeed plug it into a USB-C device that negotiates power, and you’ll have an option for “Charge this device” under the “Connected to USB” notification (the same one that allows you to switch between just charge, MTP files, PTP files, etc).

Yes, a little pricey, but I think that it’s fairly priced for what it is. While coming a little too close to the $1,000+ line, at least half that cost isn’t because the phone has a nice shiny picture of a half-eaten fruit on the back of the thing.

And if you were paying close attention, there’s a hint in here somewhere about what the next post will be. Stay tuned!