Anyone reading this actually familiar with wax seals? No? Okay, it’s this: 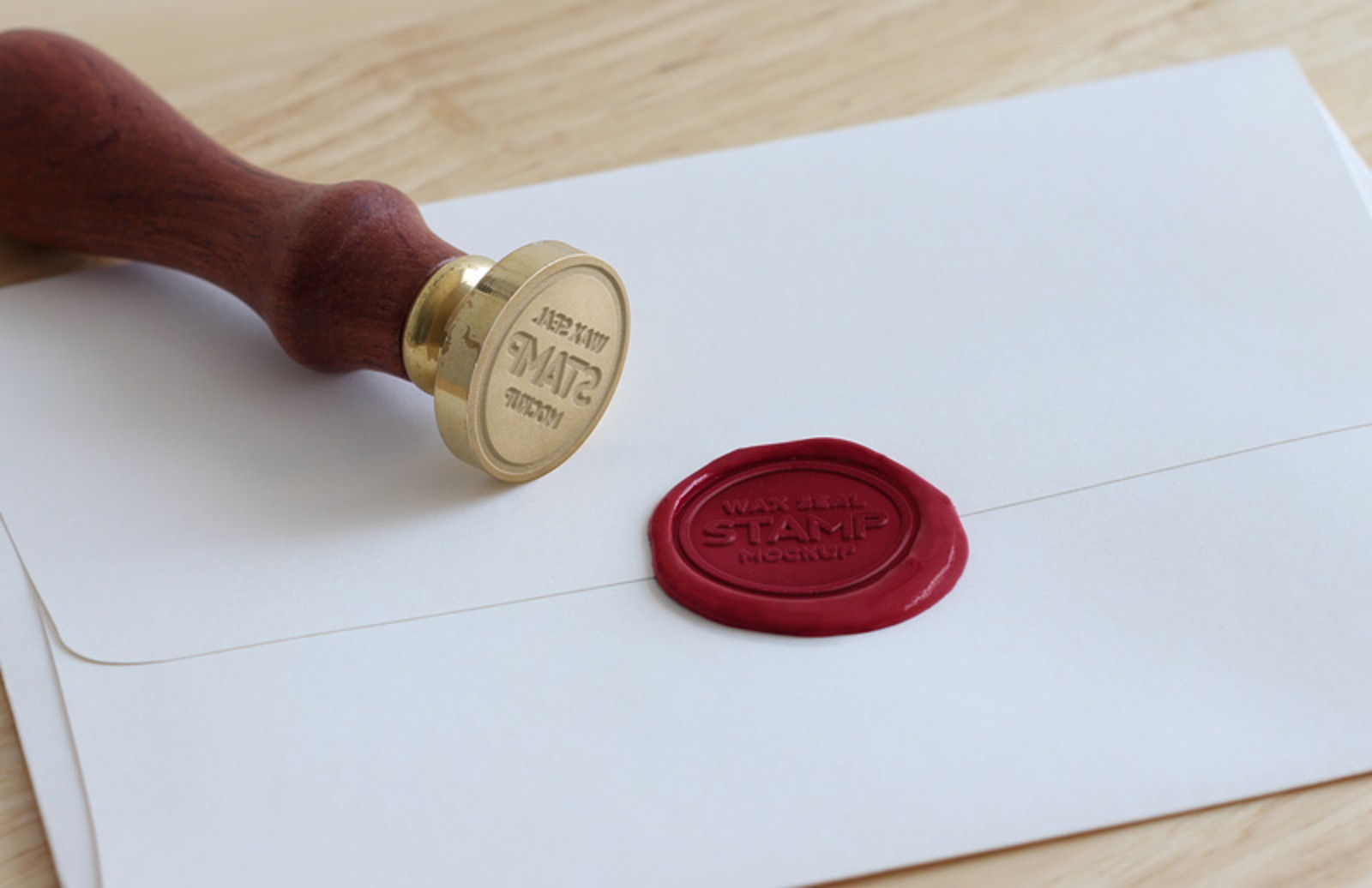 For you young ones, this was how we used to seal envelopes. No lick-and-stick flaps, you took your envelope (or even, the back of your folded letter), and put some wax (not always actually wax) on it, and used the seal (the metal circle there) to make an imprint and press the wax down, sealing the envelope. Common seals would be either a motto or something novelty, a monogram / initial(s), or a family crest, each with slightly different meanings. Additionally, the stereotypical seal color is red, but the color was actually important: the seal was likely the first thing you’d see, so the color of the seal was a hint as to the contents of the letter.

Red seals were often used for formal correspondence, although red was also a ‘default’ of sorts. If you had no other applicable colors, it wasn’t considered out of the ordinary to use red wax instead.

Blue seals were commonly associated with romance and passion, very strong feelings for one another. The stronger the blue used, the stronger the feelings being conveyed.

Green wax was for casual, friendly letters. A word between friends, perhaps. Although again, red was also just as likely to be used, if the sender had no green.

White was used for formal invitations, such as weddings. This put white-sealed letters into a higher category of importance — not as high as (correctly, formally used) red seals, but something more than your average green or blue.

Pink was the color of praise, a letter of congratulations, for example. In modern terms, if I were to hear word of one of my cousins graduating (and was crazy enough to write and seal an actual physical letter in 2019), I’d use pink.

And finally, black. Black seals were of utmost importance, but not for a good reason. Black was the color of mourning, of death, of something of grave (pun intended) importance. You did not use black unless it was absolutely necessary. There’s actually record of a black-sealed letter being sent, and within it contained an apology for the choice of color — the sender simply did not have any other colors available at all. For extra emphasis, a black border would be added on the letter, in addition to the seal. A clear indication of “Okay, sit down before opening this one.”

No, that’s actually the nickname given. Metallic colors, gold, silver, or other “flashy” seals were really only used on correspondence between ladies. No self-respecting gentleman would ever use such a color.

If you watch sealing videos on YouTube (yes, they’re a thing), you’re likely to see a lot of mixed colors. While in videos this is done for aesthetic effect, in the etiquette, mixed colors were used to represent mixed feelings.

As stated before, the actual seal contents (crest, letting, other) had an importance, not just the color.

Using your family’s crest as a seal was reserved for official business matters concerning your family or title, or formal letters between family members.

Using a monogram of your initials as the seal was proper for personal business related, or casual matters.

All these are used for informal messages, most likely with some familiarity between correspondents. It could also be used for private letters between family members, close family, or lovers.

The most basic of seals, a circle seal literally has no lettering or markings whatsoever. In terms of usage, a plain seal is roughly equivalent of a monogram seal, though just like with red coloring, it also serves as an acceptable default for when no other seals apply.

Now, naturally, this won’t realistically apply to many people. But if you’re like me and plan on actually doing something like this (if only just for fun), remember that there can be unexpected rules for things like this.

Anyways, all for now!